Butternut Squash and Chicken Chowder is a wonderful comfort food, especially paired with a nice biscuit or crusty bread.  Squash is plentiful, the weather is cool, and soups are my favorite fall and winter comfort foods.

It’s great fun to experiment with new recipes.  Growing up the standard soups and stews were Chile, vegetable soup, potato soup, bean soup, oyster stew at Christmas (still not a favorite), and an occasional ham and split pea soup.  Now the sky is the limit, trying new combinations and flavors!

Our book club met at my home for our March review of Do Not Say We Have Nothing by Madeleine Thien. I must admit I did not care for the book and did not finish it. Others had the same difficulty, finding it complex and hard to follow, especially in the beginning. However, for those that finished the book, they thoroughly enjoyed it finding the Chinese Cultural Revolution to be similar to world experiences today.

Our potluck cuisine was Asian and my Asian recipe file is devoid of recipes.  I found this wonderful Slow Cooker Cashew Chicken recipe online and will definitely make it again and again.  Very flavorful and wonderful with rice and stir fry vegetables. 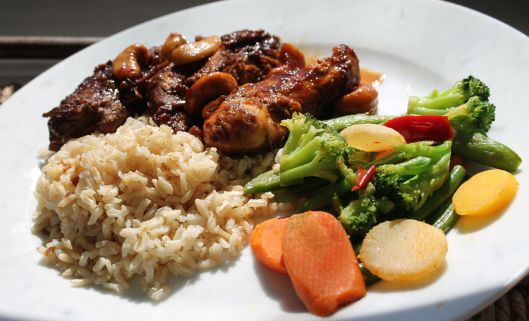 Tomatillos are plentiful this year so I’m always up for trying a new recipe. I love my standard Posole recipe with pork, but liked this idea with chicken and tomatillos. Tomatillos have almost a citrus-like taste to them so it pairs well with chicken and pozole.

The soup was great fresh and I’ve frozen a large batch for a cold winter’s night!

Inspired and Adapted from: http://www.myrecipes.com/recipe/posole-tomatillo-chicken-hominy-soup

Crock pot meals are the best…easy with so many options.  I love the Salsa chicken recipe that daughter, Megan, shared with me a while ago.  This recipe sounded very similar but with the addition of cream cheese.  YUM!

I used almost 2 pounds of chicken strips vs. the 2 chicken breasts called for.  It was delicious but in the future I would use about 1 pound of chicken for this recipe. Great over rice, in a burrito, over a baked potato…or invent your own combination!

Cold winter days and soup are the perfect pair.  I have such fond memories of Chicken and Wild Rice Soup from Panera and also from the little luncheonette at my work. With temperatures near and below zero this week, I was craving this savory gem especially after all of the sweets from the holidays.  It didn’t disappoint!

Peanut Stew is featured today thanks to this great recipe prepared by fellow Grandma-in-law (grandson Evan’s other Grandma), Chris, for our potluck last week as mentioned in Tuesday’s post.

She adapted the recipe per her notes below and it was absolutely delicious!  The original recipe serves six and is easily adaptable to vegan, omitting the chicken and using vegetable broth.  I will add this recipe to my favorites.

“A hearty stew that’s super-easy to make and great for peanut butter lovers. Can be made vegetarian or with chicken. In a pinch, feel free to use vegetable or corn oil for peanut oil, powdered ginger for fresh, water for stock, etc. Kale works well in place of collard greens.”

2 tablespoons peanut oil (I used coconut oil)
one half onion, chopped
2 cloves garlic, minced
2 tablespoons chopped fresh ginger (I prefer to slice them thick so you can fish it out)
a pinch of sugar to caramelize onion
1 pound chicken, cut into chunks (optional)
1 tablespoon crushed red pepper, or to taste (which for me was none)
I added about a tsp of cinnamon
salt and ground black pepper to taste
4 cups chicken or vegetable stock
3 small sweet potatoes, cut into chunks
1 (16 ounce) can chopped tomatoes, with liquid
1/4 pound collard greens, roughly chopped
1 cup chunky peanut butter

I had extra collard greens and one review suggested to sauté them as garnish along with chopped peanuts.

The original recipe was found on Epicurious.

The recipe is quite good and hearty.  Serve with a green salad, and if you can, a great Margarita!

Note:  The recipe indicates that these can be frozen, leaving off the topping of Enchilada sauce and cheese until it is time to bake.

Recipe adapted from Cooking with Libby

Great friend and neighbor, Maribeth, shared this recipe with me several months ago. She had shared with me that Chicken Yum Yum was a family favorite and I was excited to try it. For some reason, I envisioned a Chinese dish but this is true Americana comfort food. I have made it with cooked chicken breasts (a little drier) or with a whole roasted chicken.  The roasted (or rotissiere chicken from the store) wins, hands down. 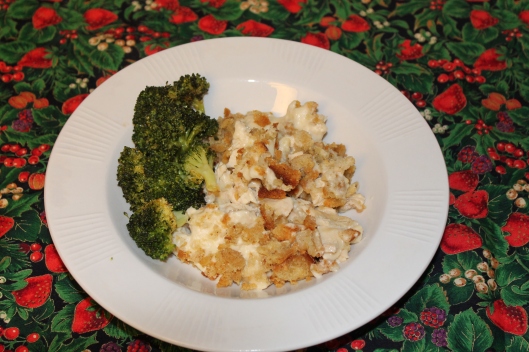 This would be a great recipe to assemble the night before (sans the stuffing), adding the stuffing and butter immediately before baking.

I paired the Chicken Yum Yum with roasted broccoli and it was…YUM YUM!

Baked Risotto with Bacon and Kale (and many other yummy ingredients) is a comfort dish to love. My gal pal, Jan, told me about this dish and I had to try it.  It also helped that I had many of the ingredients on the ready.

I rarely make Risotto because I don’t enjoy standing over the stove, constantly stirring and adding liquid to the Arborio rice. This recipe eliminates that hassle. There is some prep work chopping, roasting, grating, etc. but I did that early in the day which made the final preparation a breeze.

Add this is the list…comfort food!

RISOTTO WITH BACON AND KALE

Chicken Divine is a recipe I discovered in the ’90s.  I wish I could recall where the recipe originated but it had the elements that my young children liked: chicken, rice, broccoli and, of course, CHEESE!  I made, they liked, repeat. 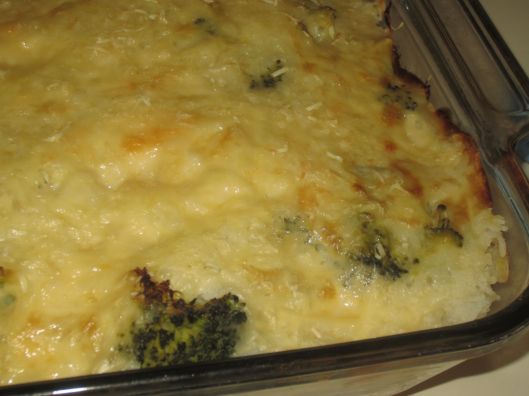 To this day, it is still a favorite and the aroma of the baking chicken with rosemary is wonderful. I sincerely hope your family enjoys as much as ours does!