Kitchen Remodel…something I’ve dreamed of for the past 15 years when my current kitchen began to literally fall apart. Doors and drawers would not close, cabinet doors were breaking off and I contributed to the kitchen’s demise through a series of mishaps. 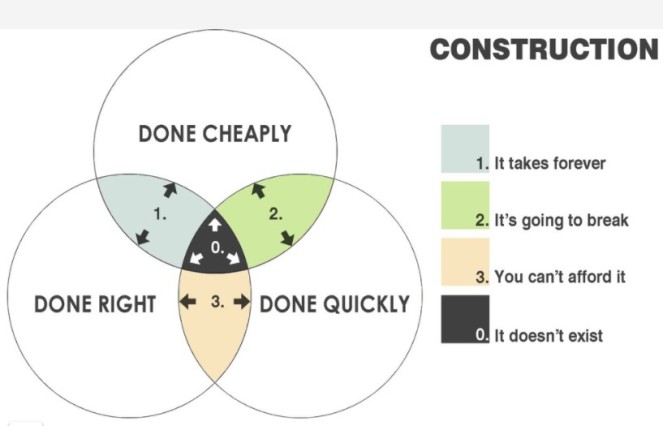 A few years ago I got the bright idea to paint my refrigerator black instead of the dated almond color. We tried to disconnect the water to the ice maker but the water would not shut off.  Since I wasn’t ready to flood the 1st floor and basement, I decided it would be easier to paint the refrigerator indoors.  Easy, peasy…I would build a tent around the refrigerator and floor and use spray epoxy black paint.

It is clear to me now that I was missing a few brain cells when I made this decision. Not only was I setting myself up to be asphyxiated, but little did I know the extent of this bad decision.

I could only remove one door of the refrigerator to take outdoors and paint. The other was connected to the water line and, again, I was flood adverse.  I took the door outdoors and spread out the plastic against a garden wall to start the process.  The paint went on very nicely and I puffed out my chest that I had this great idea saving myself so much money.

Next, I moved indoors to build the tent and start the indoor process.  I used a mile of tape and plastic sheeting and was ready to go.  As I started painting, my daughter Sarah dropped by.  She stayed outside the ‘tent’ and watched as I started painting.

Suddenly, Sarah tells me to stop. Why? Well, the fine mist of the paint was leaching out of the ‘tent’ and was  all over my hardwood floors. OMG! Now what? Sarah and I immediately tried to wipe up the paint but it didn’t work.  My mind was in overdrive and had no idea what to do with this colossal mess.  We tried Murphy’s Oil soap…no luck.  Next, we tried Pledge Furniture Cleaner with Orange Oil and it started to release. We worked liked maniacs trying to somehow correct this disaster.  The majority of the paint was ultimately removed but left a dull residue over half of the downstairs hardwood floors.

But that wasn’t the end of it.  My refrigerator was only partially painted. Do I ditch this project and just get a new frig?  No, there has to be another way.  My answer to this question was to take a paint brush outside and spray with the paint and then RUN in the house and apply it; then repeat again and again. No joke…I did this until the refrigerator was black, not almond.

After allowing the paint to dry, I went outside to bring the one refrigerator door back in when I realized the plastic had blown over one side of the door and stuck to the door. YOU’VE GOT TO BE KIDDING ME!  I gently pryed the plastic away from the door and admired the plastic adherence blemish on the door. Oh well, I’ll do the paint brush run, again, to try to fix the problem.  Is this beginning to sound like a rerun of the ‘I Love Lucy’ show?

I carried the door into the kitchen and placed it against the kitchen counter while I gather the tools and hardware to attach the door.  I turn and hear a terrible crash. The door slipped and fell hard against my lovely (ahem) laminate counters leaving a very large crack and chip to the counter.  Who ever said third time was a charm?

Finally, I put the refrigerator together and stared at the counter. A call to my handyman and a few dollars later he patched it back together. It was functional but darn ugly!

I lived with this disaster for 2 years before I replaced the refrigerator and 3 years before it was finally time to gut the kitchen and start over, the right way.

Since I won’t have a kitchen for many weeks, I’ll be sharing kitchen memories, remodeling experiences and hopefully a happy ending.  Needless to say, I’m not doing this myself!

A few days ago I was watching the Rachael Ray show with Emeril Lagasse as her guest. He shared a recipe for a slow cooker/crockpot brownie. With a busy day coming up and the need for a birthday dessert, I decided to give it a shot.

I followed the instructions, shown below, to a ‘T’ and anxiously awaited the yummy results, enjoying the smell of chocolate in my home all afternoon. 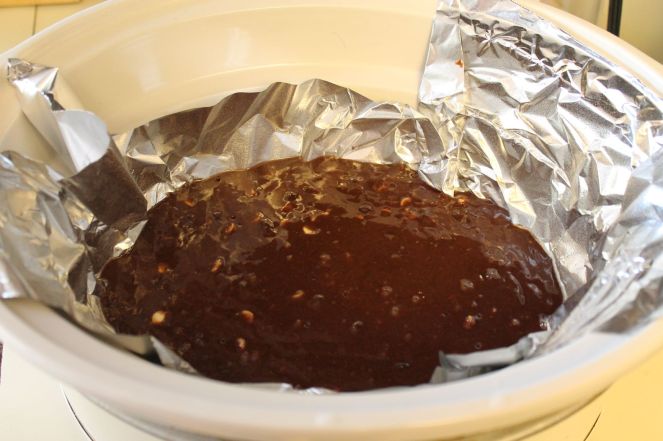 After the allotted baking time of 3 1/2 hours, the brownies were still liquid in the middle. I have a fairly large crockpot so the brownies were probably thinner than in many smaller crockpots.  Time was running out, so what to do?  I tried baking a little while longer on low with no improvement.  Finally I resorted to turning the crockpot on ‘high’ and you can imagine the burned edges and still uncooked center. 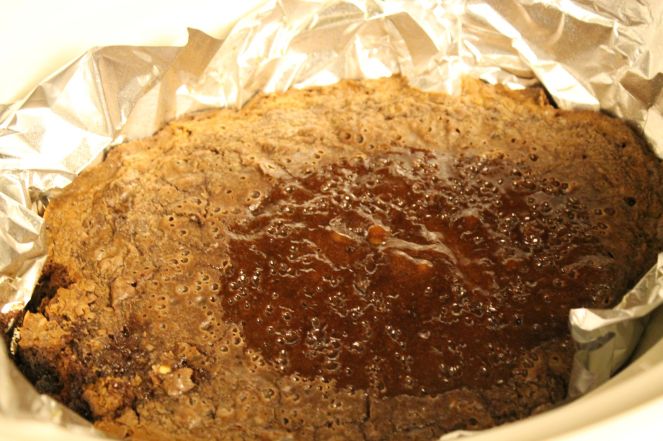 I was NOT a happy camper and kicked myself for not making the recipe shown below but baking, old-style, in the oven.  I think this modification for traditionally baked brownies topped warm, with the chocolate hazelnut spread would be amazing. Skip the slow cooker method.

NOTE TO SELF:  Never try to ‘bake’ a cake or brownie in the crockpot EVER!