My Mother was very adventurous in her rural Iowa kitchen.  She loved to cook traditional Bohemian dishes from my Father’s family; German, Dutch and Norwegian dishes from friends and family.

I don’t know where my Mother discovered Kumla but it is a hearty dish that will warm the cockles of your heart.  A mandatory nap following consumption of Kumla may be appropriate.  It all begins with homemade ham broth.  Potato dumplings are made from raw, grated potatoes and boiled in the broth.  Traditionally, the dumplings are dipped in a dollop of butter. 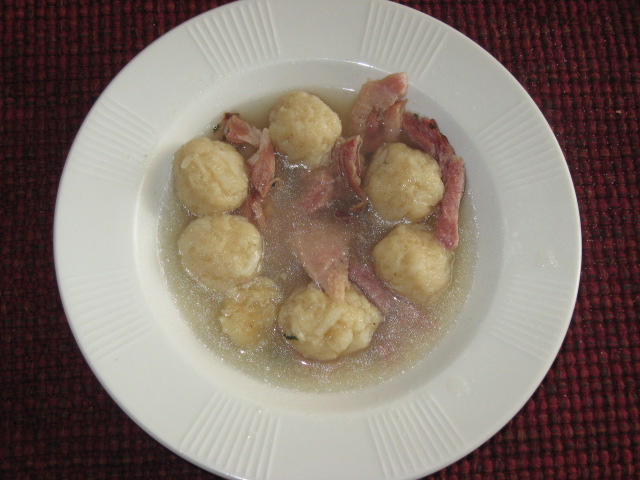 While I have eaten Kumla for 50+ years, I did not know the history.  After surfing the web, I learned it is a traditional Swedish/Norwegian dish often served during the holidays with butter or with lingonberry.

Perhaps Kumla will become a favorite for your family!  If you are already a Kumla lover, what is your story?

15 thoughts on “Kumla…not your ordinary dumpling”