Stuffed pumpkin (or in my case Kobacha Squash) was a novel idea I heard about from friends. I found this wonderful recipe and adapted it to use the Kobacha squash I’d recently purchased from Trader Joe’s.

It was a fun, and delicious, experiment and one I’ll try again, shaking it up with different ingredients. This is a great way to use leftover pumpkins from Halloween or Thanksgiving. A new tradition perhaps. 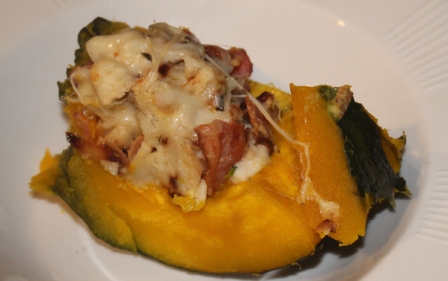