Megan is the dessert queen of our family.  She whipped up this decadent dessert and served it in an antique compote dish of my Mother’s.  It was rich, velvety and so wonderful.  Perfect for your Valentine’s Day dinner…or anytime you want to spoil your family and friends. 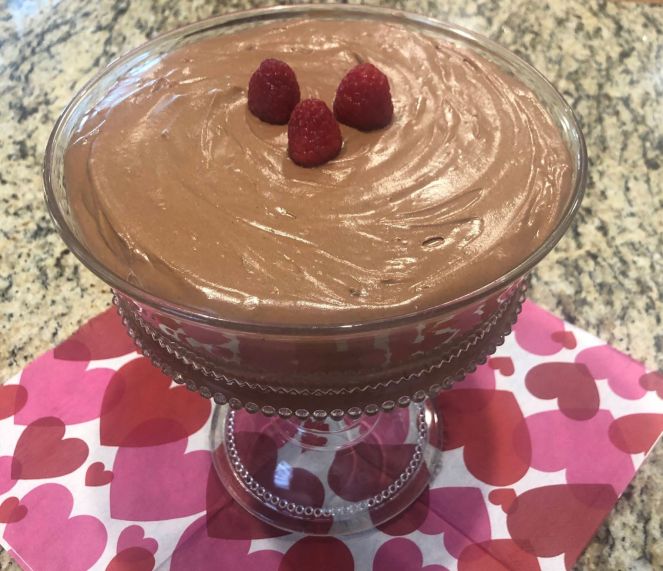 One thought on “Chocolate Mousse by Megan”